Including: Tanzania, Kenya, Uganda, Rwanda and Burundi – comprise the African Great Lakes region and are members of the East African Community (EAC). Burundi and Rwanda are sometimes considered part of Central Africa. Djibouti, Eritrea, Ethiopia and Somalia – collectively known as the Horn of Africa. Mozambique and Madagascar – often considered part of Southern Africa. Madagascar has close cultural ties to Southeast Asia and the islands of the Indian Ocean. Malawi, Zambia and Zimbabwe – often included in Southern Africa, and formerly of the Central African Federation. Comoros, Mauritius and Seychelles – small island nations in the Indian Ocean. Réunion and Mayotte – French overseas territories also in the Indian Ocean. South Sudan – newly independent of Sudan.

The combined Western Africa map from the OpenStreetMap project provides excellent rout able road maps for all Western African counties. These maps are converted to use them legal and free of charge on any Garmin GPS device. Since the Open Street Map project is open source and depending on the contributions of users to gather the map data, it is not complete for some regions. General the maps are great for routing especially in cities and on main overland routes.

This is a combined map for all Eastern African counties. They do contain the same level of detail data than the individual country maps. We offer them for your convenience and besides this you can save money compared to the individual maps. We took a lot of care to convert the maps, so they will work on your Garmin GPS navigation devices.  All files are converted to the Garmin .img format. All Garmin GPS maps are routable. The maps are stored in a zip file containing the .img file for Garmin devices.

Be the first to review “Eastern Africa Map” Cancel reply 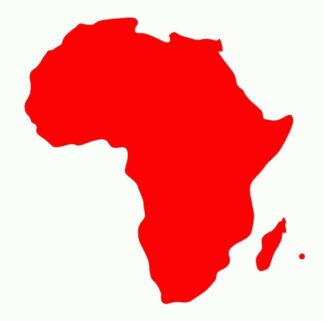