Angola GPS map for Garmin devices. Compressed file that contains a single image to be placed directly onto the SD-card of the GPS. The following files are not suitable for using in Garmin MapSource or Basecamp.

The Angola map from the OpenStreetMap project provides excellent routable road maps for Angola. These maps are converted to use them legal and free of charge on any Garmin GPS device. Since the Open Street Map project is open source and depending on the contributions of users to gather the map data, it is not complete for some regions. General the maps are great for routing especially in cities and on main overland routes.

Beside the individual country map there is a variety of combined maps. They do contain the same level of detail data than the individual country maps. We offer them for your convenience and besides this you can save money compared to the individual maps. We took a lot of care to convert the maps, so they will work on your Garmin GPS navigation devices.  All files are converted to the Garmin .img format. All Garmin GPS maps are routable. The maps are stored in a zip file containing the .img file for Garmin devices.

Things to see in Angola

Be the first to review “Angola Map” Cancel reply 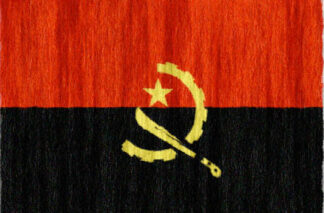 You're viewing: Angola Map 7.99 €
Add to cart
We use cookies to ensure that we give you the best experience on our website. If you continue to use this site we will assume that you are happy with it.Ok